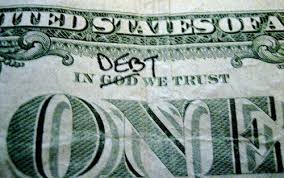 I think that the consensus is in—the global ‘fiat’ debt economy has run its course. The central banks own everything! Because they own everything, they now want to do all that is necessary to hold on to their Ponzi gained valuables…essentially the world’s resources. It seems logical to me that what this person states in the video (see below), tracks with the logical conclusion of $300T global debt, that can’t be serviced.

The scenario coming by November, 2018 is rapid equity collapse, followed by hyper-inflation. No pension funds (my income from Boeing), will survive…public or private, including Social Security. Bonds will collapse to zero, globally because all markets will collapse.

This is the resultant of 100 years of fiat Ponzi debt fiat fractional reserve banking. It proves that commodity money is the only money that can be trusted. We have to return to a gold standard, but America only has approximately 5,000 tons of gold. It is only a fraction of the debt owed, and therefore, the ‘debt’ which is mostly industrial pension ‘promissory notes’ will collapse.

I paid into this freak show for 30 years, as did most Americans. What will happen in a few short months, is not only in the United States…it will be global and trade will cease for at least 6 months. Energy resources will sky rocket in price. Everyone will want Eastern Washington hydro power. The agriculture crops in Eastern Washington will be the most sought after crops on the planet. This area will thrive, and white man will be happy to pick apples again, as his government job will no longer exist.

This is the event for which Trump is destined to lead the way for America. I believe this will be his shining hour.

One thought on “The Debt Cannot be Serviced”