We can stop war. It really isn’t that difficult once we stop fake news.

Jan 30, 2019 08:56:00 AM – ….a source of potential danger and conflict. They are testing Rockets (last week) and more, and are coming very close to the edge. There economy is now crashing, which is the only thing holding them back. Be careful of Iran. Perhaps Intelligence should go back to school

Jan 30, 2019 08:50:55 AM – The Intelligence people seem to be extremely passive and naive when it comes to the dangers of Iran. They are wrong! When I became President Iran was making trouble all over the Middle East, and beyond. Since ending the terrible Iran Nuclear Deal, they are MUCH different, but….

Jan 30, 2019 06:49:26 AM – If the committee of Republicans and Democrats now meeting on Border Security is not discussing or contemplating a Wall or Physical Barrier, they are Wasting their time!

Jan 30, 2019 06:40:11 AM – …Time will tell what will happen with North Korea, but at the end of the previous administration, relationship was horrendous and very bad things were about to happen. Now a whole different story. I look forward to seeing Kim Jong Un shortly. Progress being made-big difference!

Jan 30, 2019 06:34:31 AM – ….Fighting continues but the people of Afghanistan want peace in this never ending war. We will soon see if talks will be successful? North Korea relationship is best it has ever been with U.S. No testing, getting remains, hostages returned. Decent chance of Denuclearization…

Jan 30, 2019 06:25:02 AM – When I became President, ISIS was out of control in Syria & running rampant. Since then tremendous progress made, especially over last 5 weeks. Caliphate will soon be destroyed, unthinkable two years ago. Negotiating are proceeding well in Afghanistan after 18 years of fighting..

Jan 30, 2019 06:02:54 AM – Maduro willing to negotiate with opposition in Venezuela following U.S. sanctions and the cutting off of oil revenues. Guaido is being targeted by Venezuelan Supreme Court. Massive protest expected today. Americans should not travel to Venezuela until further notice.

Note to readers: We do our best to vet individual headline and video links for accuracy. We also vet channels and creators for overall content and accuracy.

However, we cannot vet every single piece that our favorable channels produce. For example, we post material from InfoWars and Breitbart, but it doesn’t mean that we approve ALL their content. We notice from time to time that even our favorite channels and producers veer into opinions and topics that we do not agree with – but that is what freedom of speech is all about! We had a few of you write in about Starship and Rebel 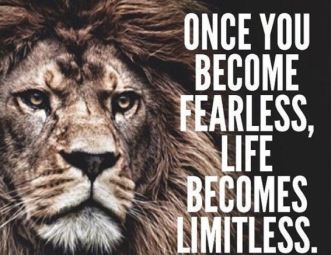 Alliance sites that seem to be “off the mark” lately.

Yes, we would agree that some have veered off the course in dramatics and fearmongering. We advise you to use discernment.

2 thoughts on “We can stop war. It really isn’t that difficult once we stop fake news.”