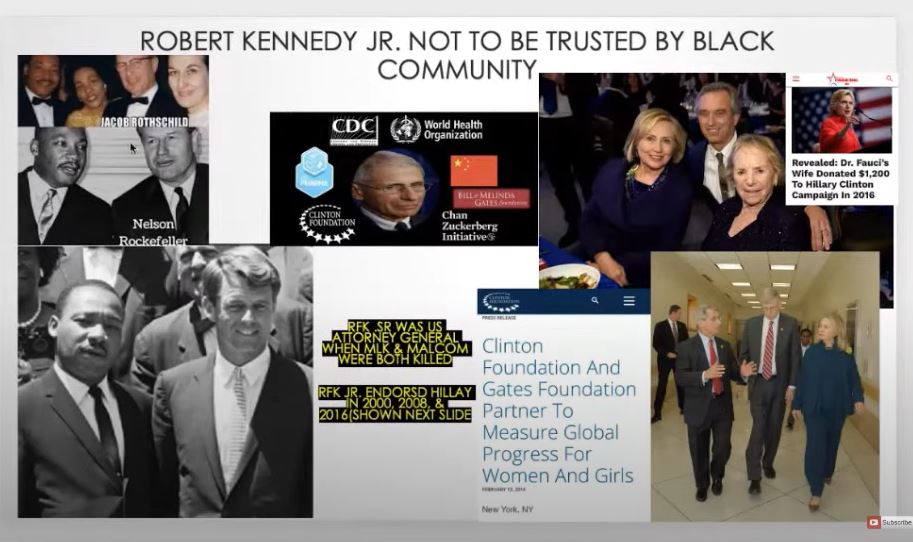 Thanks AIM Patriot Judy for pointing out this video where Dr. Shiva defends himself and throws Robert F. Kennedy under the bus. Watch the video to see the tenor and tone of Dr. ‘Shyster’ Shiva. Then stay tuned for AIM reports that show you both of these clowns – Shiva and Kennedy – are globalist vaccine puppets. They are there to keep you from looking at PIRBRIGHT and the Queen’s bioweapon war against humanity.

The Propaganda of Dr. Shiva

Not so fast Dr. Shiva..Let’s look at the details about your past claims to have invented email.

Shiva’s claims about being ‘the inventor of email’ are bogus, propaganda, Pilgrims Society smokescreen to put a patent claims buffer between IBM/Lotus and everyone else (the then chosen platform for the NWO)

In his 1999 patent, https://www.vashiva.com/pdf/vashiva_pat11.pdf, Shiva only cites IBM Notes, and IBM Domino as prior art that was reviewed. Note: This was THE groupware system that the Highlands Group, DoD Office of Net Assessment and their Pilgrims Society handlers were counting on to implement the “IBM Internet of Things.” Notably, hindsight shows us that at this time, IBM had already founded the IBM Eclipse Foundation (Nov. 29, 2001) with Leader Technologies Ne’er-do-well patent attorney, James P. Chandler, III, and IBM Eclipse was already giving away Leader inventions (including its Leader Mail inventions for use with its social backbone), that they had stolen, to everyone in Silicon Valley, government, education, commerce and military.

This disclosure alone shows the Examiner, or Shiva, or both, were brain dead in their examination of “prior art” to meet the “novel and nonobvious” standards for patentability. Curiously, the “patent wrapper” for this patent does not provide the customary the file drawer for this filing, as it should do.

At minimum, this record raises numerous red flags. It is certainly ambiguous. The lack of a “patent wrapper” showing the examiner’s review of the Prior Art begs the question of who is running interference for Shiva? The patent is evidently invalid due to the utter lack of disclosure of significant prior art that the examiner should have used to reject the application as obvious and therefore non-patentable. Certainly Shiva is not justified in saying that he is the “inventor of email.”

This Wikipedia entry is a more accurate reflection of the origins of email.

One serious problem with this Shiva patent is that he does not cite his own prior work, touted on his current website, as prior art. Therefore, his own documents prove this patent bogus.

Here’s Shiva’s history from his site:

(Note: We have backups of these documents if they disappear from Shiva’s website now that we are bringing attention to them.)

For example, he shows an UNDATED 1981 alleged Westinghouse entry describing his alleged email design in esquisite detail. This document appears to be fake. Notably, Westinghouse is a Pilgrims Society company that is organically tied to NBC, RCA, Marconi and the Pilgrims Society. At minimum, he should have cited this document as prior art on all of his email filings, which would render them all as obvious… if this document really existed, which we now doubt seriously.

He cites an irrelevant 1978 NYU document.

He cites and irrelevant 1978 FORTRAN output that merely mentions email, but there is no association with him.

He shows a newspaper article from Oct. 30, 1980 (p. 8, Sec. 2) of the West Essex Tribune. The article says this project was under “tutelage of Blair Krimmel, head of the math department and the Independent Study program.” Since Shiva does not credit Blair Krimmel as a co-inventor, any subsequent claims are fraudulent (“inequitable conduct”).

Such prior art disclosure renders his own work as must-cite prior art in subsequent patent applications—thus invalidating his patent claims as not novel and obvious.

His 1981 MIT article is more evidence that his ideas for email were already widely known, and therefore not patentable.

His 1982 Copyright application only serves to show that he disclosed his work to the public in 1982, thus rendering subsequent patent claims impossible to make (since the public already knew about it). Copyrights and patents are very different intellectual property animals.

His 1982 Dr. Leslie Michelson, Ph.D. article is irrelevant to the subject to email.

His subsequent patents 6668281, 6718367, 6718368 (note the last two were issued on the same day, by the same patent examiners). Very odd, unless a fake portfolio is being created as a buffer against patent enemies of the patent office and Shiva’s handlers.

Conclusion: Shiva’s claim to be “the inventor of email” suffers a definite sulfurous odor.

3 thoughts on “Shiva the Patent Shyster”