BitChute changed its terms of services as of June 1, 2021 by bending a knee to the BRITISH and the EUROPEAN UNION. For anyone posting TRUTH on this platform, please be aware that these guidelines are draconian and meant to arrest you for INCITEMENT TO HATRED.

Below are some screen shots. The policy changes and access to the hyperlinks are listed here: https://support.bitchute.com/policy-changes/2021-06-01/

Article 21 of the Charter of Fundamental Rights of the European Union.

This video was uploaded to VIMEO in February 2020. It was promptly removed and our channel banned from Vimeo. Listen what the British-American Pilgrims did not want you to hear. We had to divide it into 2 parts to get it to upload to our platform.

Michael McKibben and Douglas Gabriel give the AIM community a history lesson that explains the coronavirus plandemic. Who is behind a global plan of genocide is explained and exposes high-level planetary rulers like the Rothschilds and the Queen of England.

Our research can be found at:

Coronavirus, QinetiQ, and the Rothschild Bombshell

You may combine these videos and upload to your own video platform using these raw video files:

My legal thesis in law school was actually on Section 230 of the CDA, the very law the executive order is affecting. I wanted to include some more information to clarify some fake news I’ve been hearing online. Plus, a lot of pedes have been asking questions on the CDA. Basically here is a detailed explanation for some of you more interested pedes:

A publisher is an entity that controls the content that they present to a user—Think of CNN. Because they are in control of the content being presented (like a news article), they are legally responsible for it and any fake news that they publish (defamation for example), even if they hire someone else to write it. The less control they exert over the content they publish, the less likely they will be considered a publisher (and less likely to be held responsible for the content).

In 1996 Congress passed the CDA which includes Section 230. Section 230 was passed for two reasons, to stop the spread of pornography on the internet and at the same time to allow other speech to live freely.

Section 230 basically stated that any internet platform which hosts other users is not responsible for the content posted by those users (and therefore not considered a publisher). So, if a user were to post leaked naked pictures on Facebook, then Facebook could not be held jointly liable for hosting those pictures EVEN IF THEY DID NOT REMOVE THE PICTURES. The intent by congress was that if we protect these companies from liability from users then they will avoid taking action by limiting and censoring posts and as such, speech.

However, Section 230 contains a clause which has been the subject of a lot of legal debate. 230(c)(2)(A) provides that even if a social media platform exerts control over material that is “obscene, lewd, lascivious, filthy, excessively violent, harassing, or otherwise objectionable”, then it still cannot be considered a publisher (remember that exerting control over content usually makes you legally responsible for that content).

In addition to the vagueness of the term “otherwise objectionable”. Some promoters of free speech argued that 230(c)(2)(A) is an explicit condition/clause. In other words, a platform can ban things considered “obscene, lewd, etc…” without being defined as a publisher (exerting control) but as soon as they begin to exert control over content that does not meet these criteria explicitly listed, then they are risking moving into publisher territory and no longer immune from lawsuits based on the content posted on their website.

Trump’s executive order is attempting to clarify the interpretation of the law and the enforcement of the law. The executive order is basically saying, if you begin to ban or control content that is not under the list in 230(c)(2)(A) then you’re going to be considered a publisher. So social media companies have a choice, they can back off and allow free public discourse to take place on the internet, all the while enjoying their (very generous) lawsuit immunity, or they can exercise their free speech rights of association and ban everything to hell, but then they no longer have the immunity.

For those of you that want to read my 35-page thesis on the topic (Written Summer of 2019):

Having It Both Ways- The CDA and Free Speech

Please download backups of this video for safekeeping on your computer. It discusses important new facts previously lost to history. Here are alternative sources:

UPDATE November 23, 2019. We did further research on these articles and have found that they are sophisticated propaganda coming from Reuters and Associated Press. We were punked, but now set the record straight. This is an important learning opportunity for AIM patriots everywhere. Bottom line – distrust EVERYTHING that comes from Reuters and AP.

We were punked by fake news, but set the record straight!

Click the headline links to read the articles beneath:

Republican Kentucky Sen. Rand Paul on Thursday said he might force a vote to bring in 2020 presidential candidate Joe Biden’s son in as a witness to the impeachment trial against President Donald Trump.

Propaganda NBC quickly came out with this:

As Sondland testified, a misleading Ukraine story spread among conservatives on social media

Enjoy our Hunter Biden meme slideshow and share your favorites

And look at another corrupt Ukraine son: 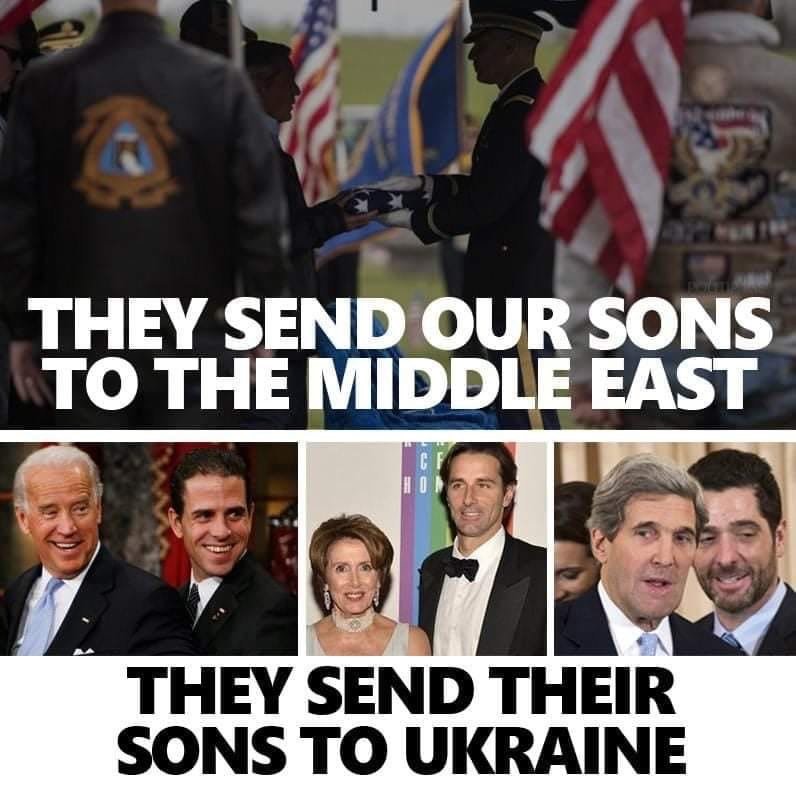 How Those Memes You Just Posted Could Soon Cost You $30,000

Translation by a patriot commentor:

Allow me to paint a picture for you:
You post a meme making fun of a Democrat politician or “woke” institution.

They contact the new “Copyright Enforcement Board” created by this law to report your meme, and give the wrong defendant address on purpose.

The “Copyright Enforcement Board” sends out a letter to the wrong address telling you you’re being subjected to fines w/o judicial review unless you “opt out”.

You know nothing until you’re blind-sided and bankrupted with $30,000 in fines PER VIEW of the meme you posted months later, with zero judicial recourse, the feds are just there to auction off everything you own.

AIM notation: And don’t forget who controls the U.S. Trademark and Patent Office – none other than British SERCO. These are Crown Agents using unconstitutional laws to suppress American free speech.

Bottom line:  The old royal lizard b*tch is trying to shut up Americans. Not goin’ happen on our watch!

And remember who works in the Copyright office?

DEATH OF FREE SPEECH ON THE INTERNET

Michael’s Mommy and Daddy pictured below with their good friend Crown prosecutor Alison Saunders at their infamous dinner meeting held at the Ohr’s four days before Robert Hannigan came over from GCHQ and wiretapped Trump Towers with the assistance of traitor John Brennan.