Thank you to archivists in a major public library for helping us obtain this Report–that was broken into numerous segments and  buried in a non-public archive. Thank you to Anonymous Patriots for assembling those parts into this single package, then indexing it to make it searchable, and compressing it from 150 to 35 MB. (Note, the original segments provided had to be re-indexed as the search texts were quite scrambled and of low quality in the original.) This lack of searchability means the contents were largely hidden from public scrutiny—a tactic typical of those who would deny us true history. No more.

CONTENTS NEED TO BE CROWD-SOURCED. Please help, if you can. 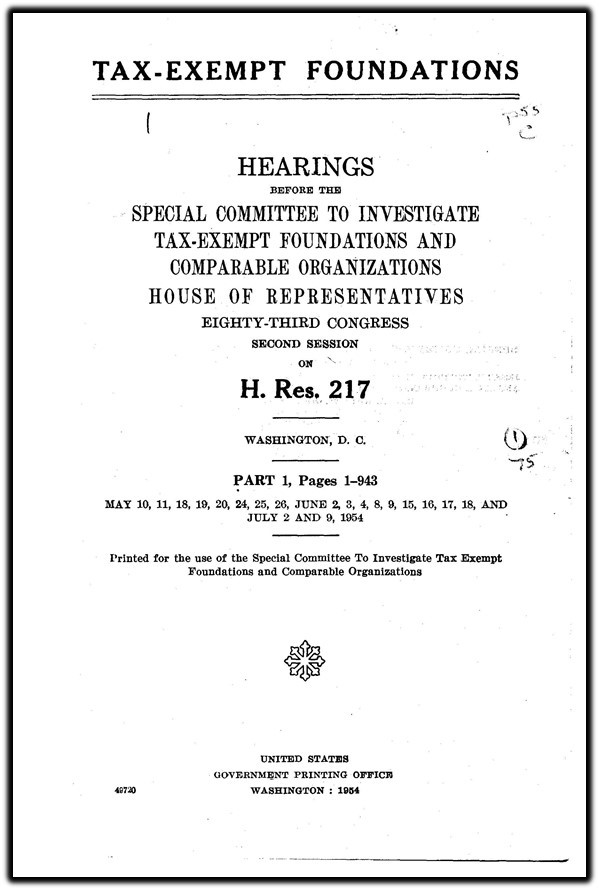 The power of the individual large foundation is enormous.

Such a concentration of power is highly undesireable

A system antithetical to American principles 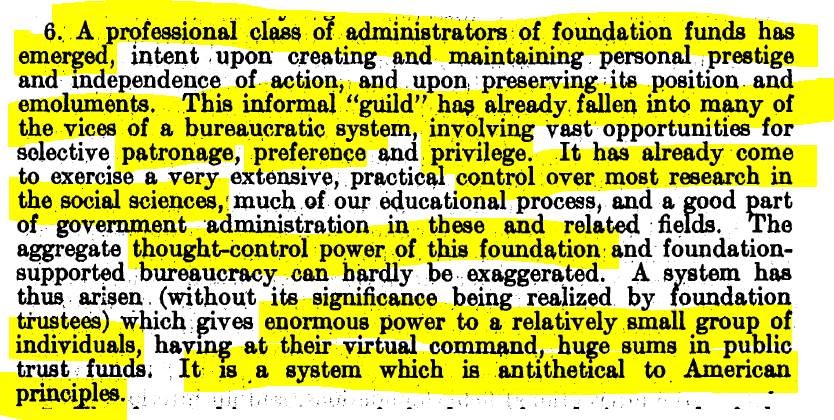 Far-reaching power of the large foundation and of the interlock (among foundations) has so influenced the press, the radio, and even the government that it has become extremely difficult for objective criticism of foundation practices 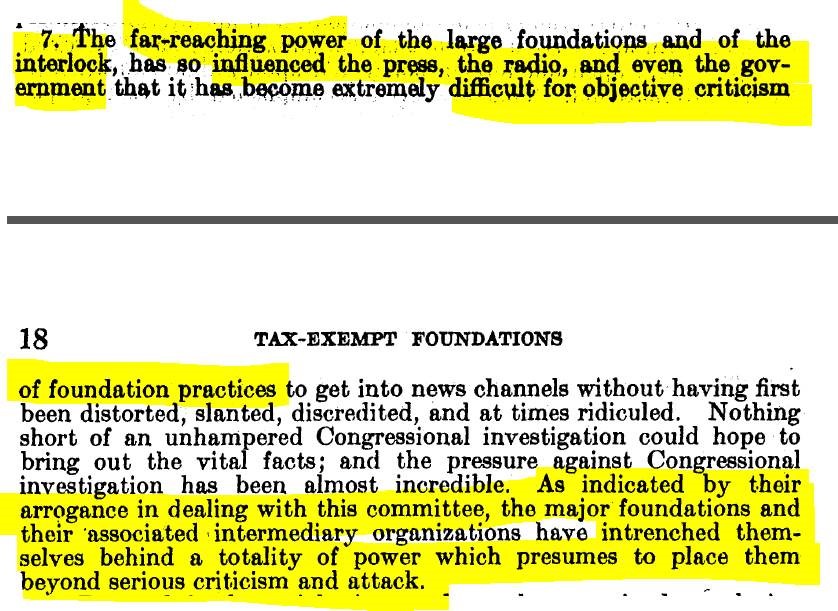 Favor political opinions to the left 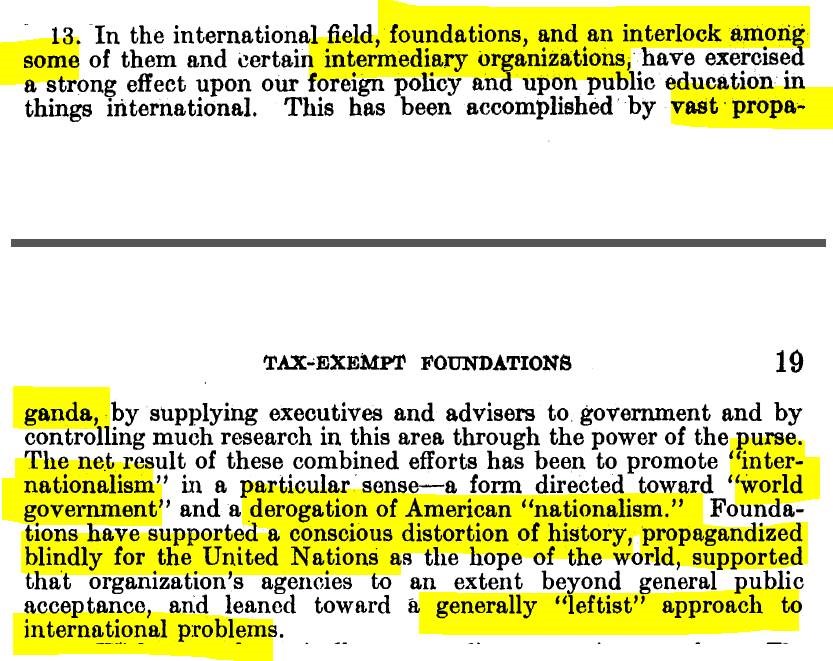 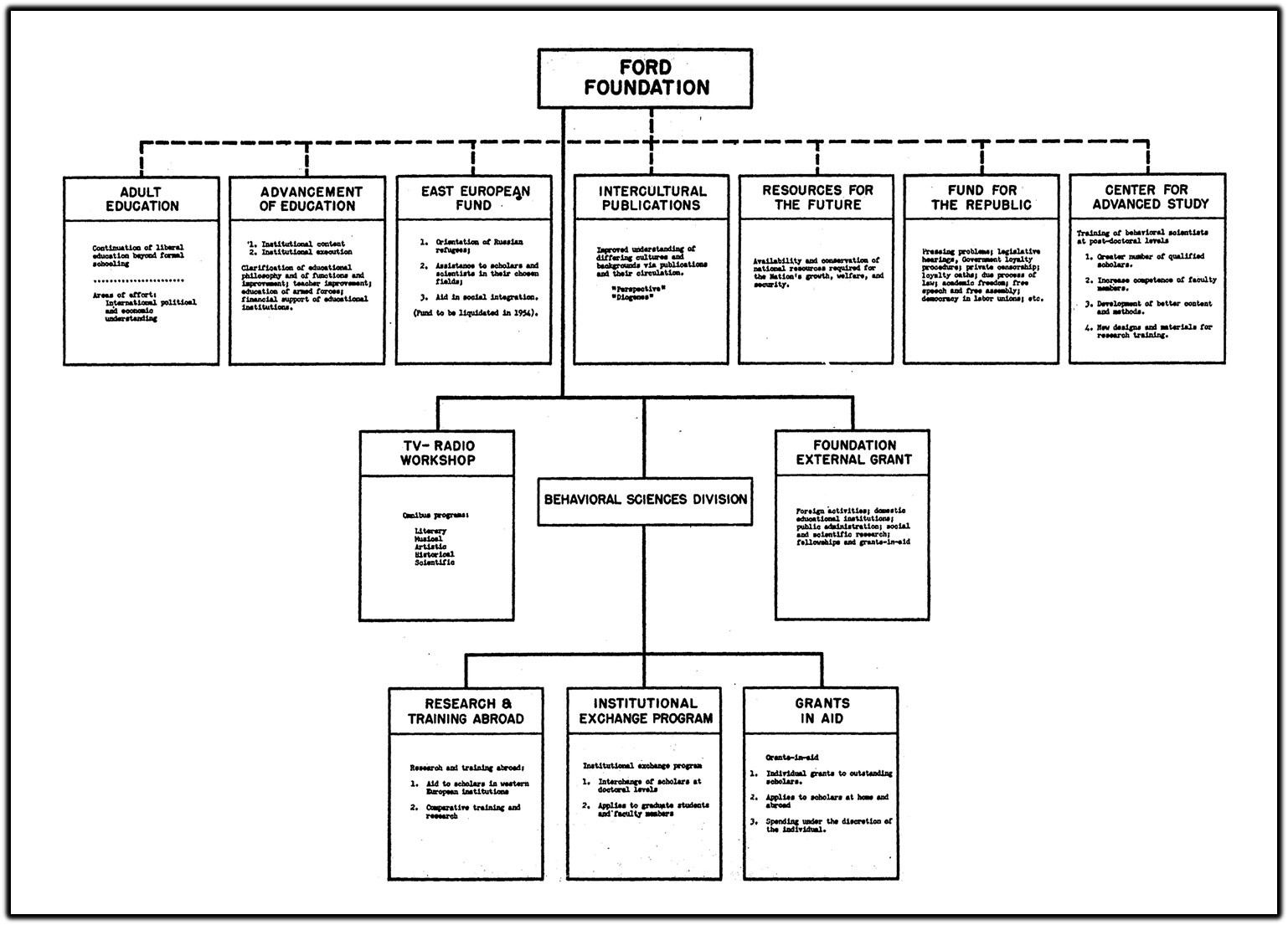 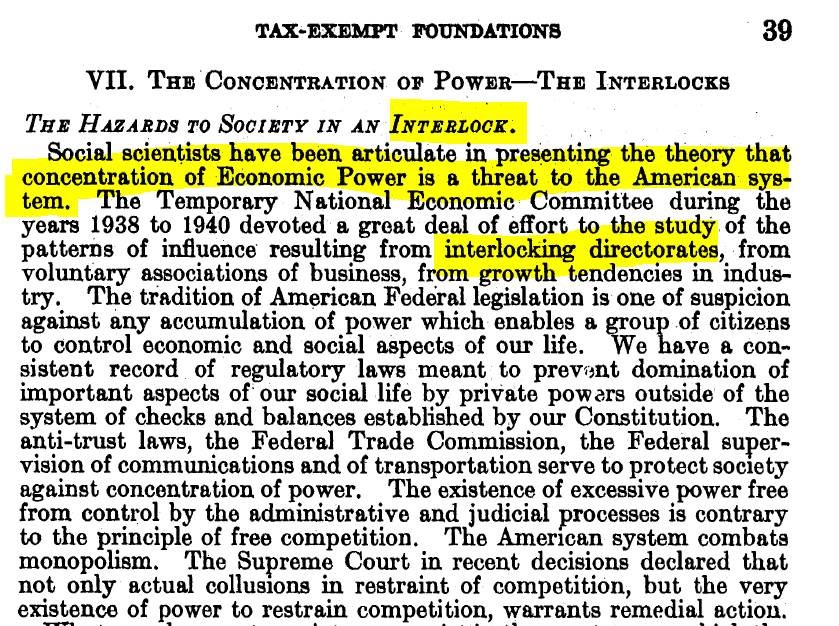 “Intellectual Cartel” – but here the Committee pulled up short. While alluding to the Pilgrims Society, it failed to focus on the elephant in the room. They seemed quite eager to avoid the “conspiracy” label, probably in reaction to the just concluded McCarthy hearings. Too bad, they missed an opportunity that we are suffering from this day.

Remarkably, the identified Rockefeller, Carngegie, Ford, Root, Murray who all had one thing in common besides different foundations:

THEY WERE ALL MEMBERS OF THE PILGRIMS SOCIETY. 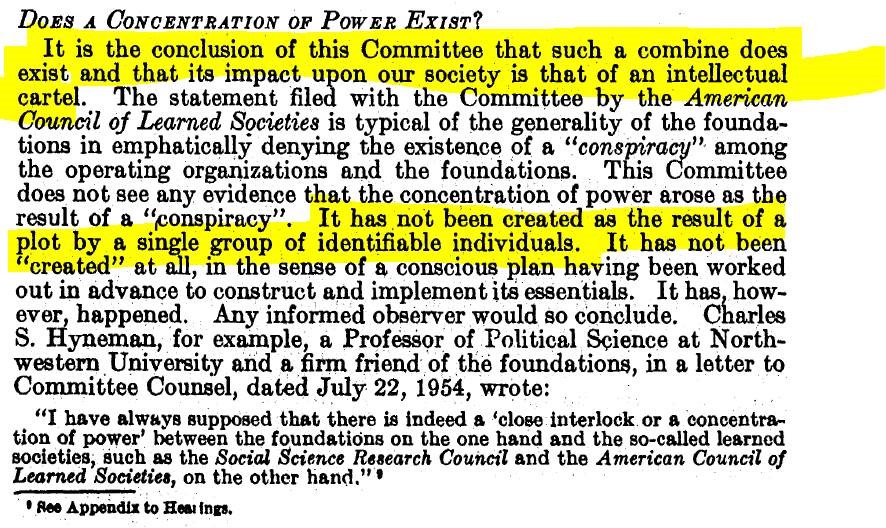 This paragraph is obsequious pandering to profound illogic… of course they were conspiring together. This wasn’t just coincidence. 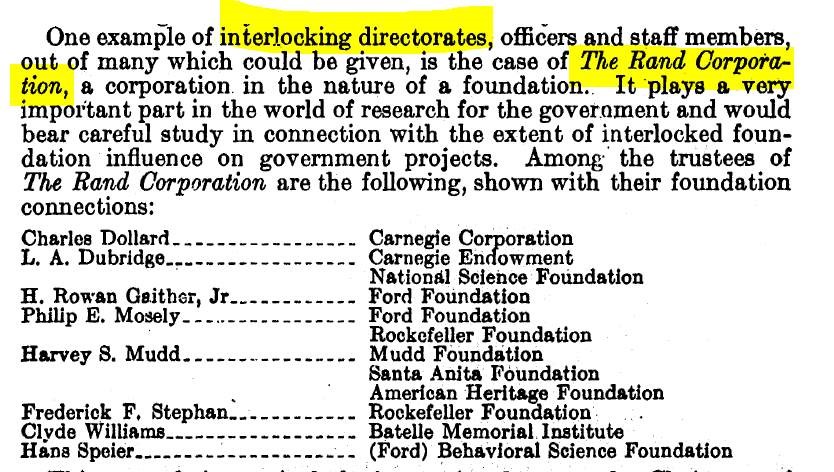 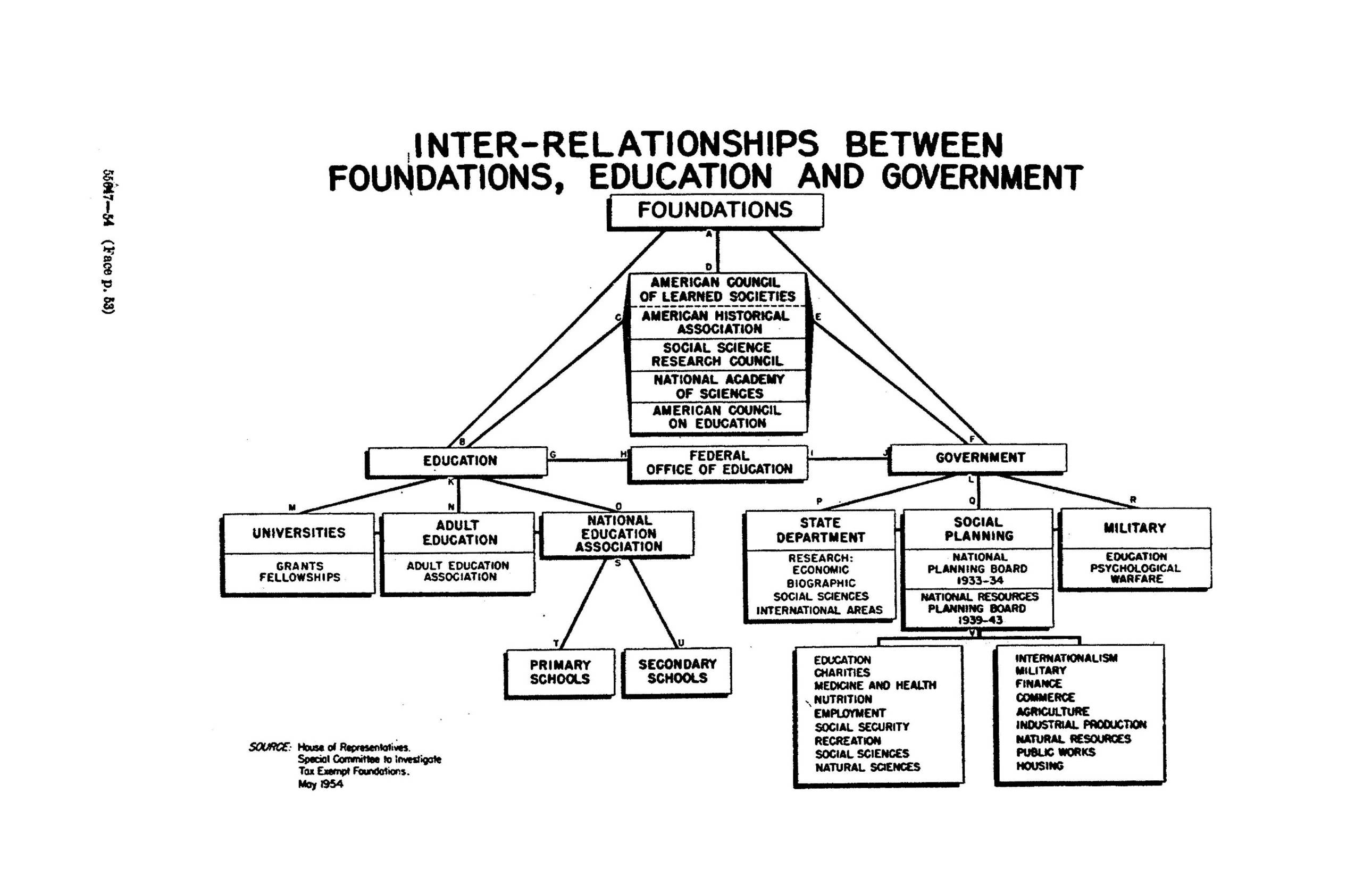 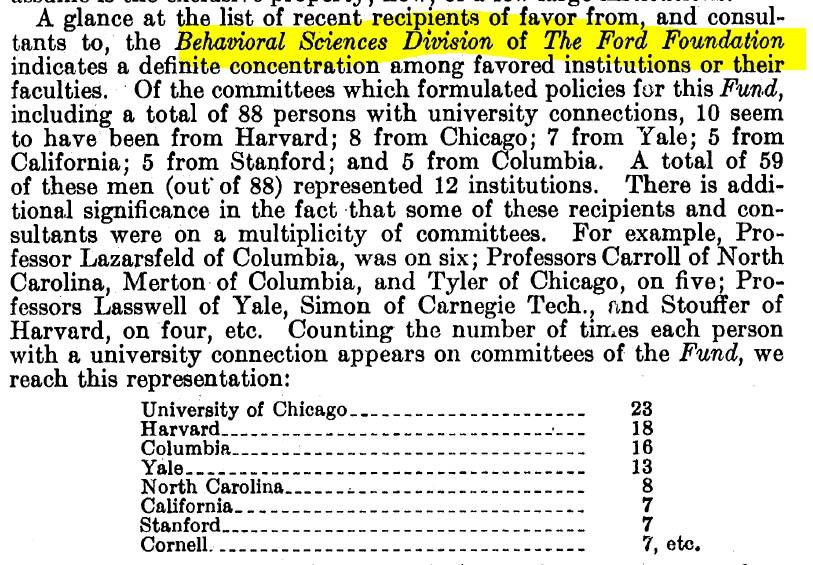 Emphasis on the Fabians draws attention away from their handlers: Pilgrims Society 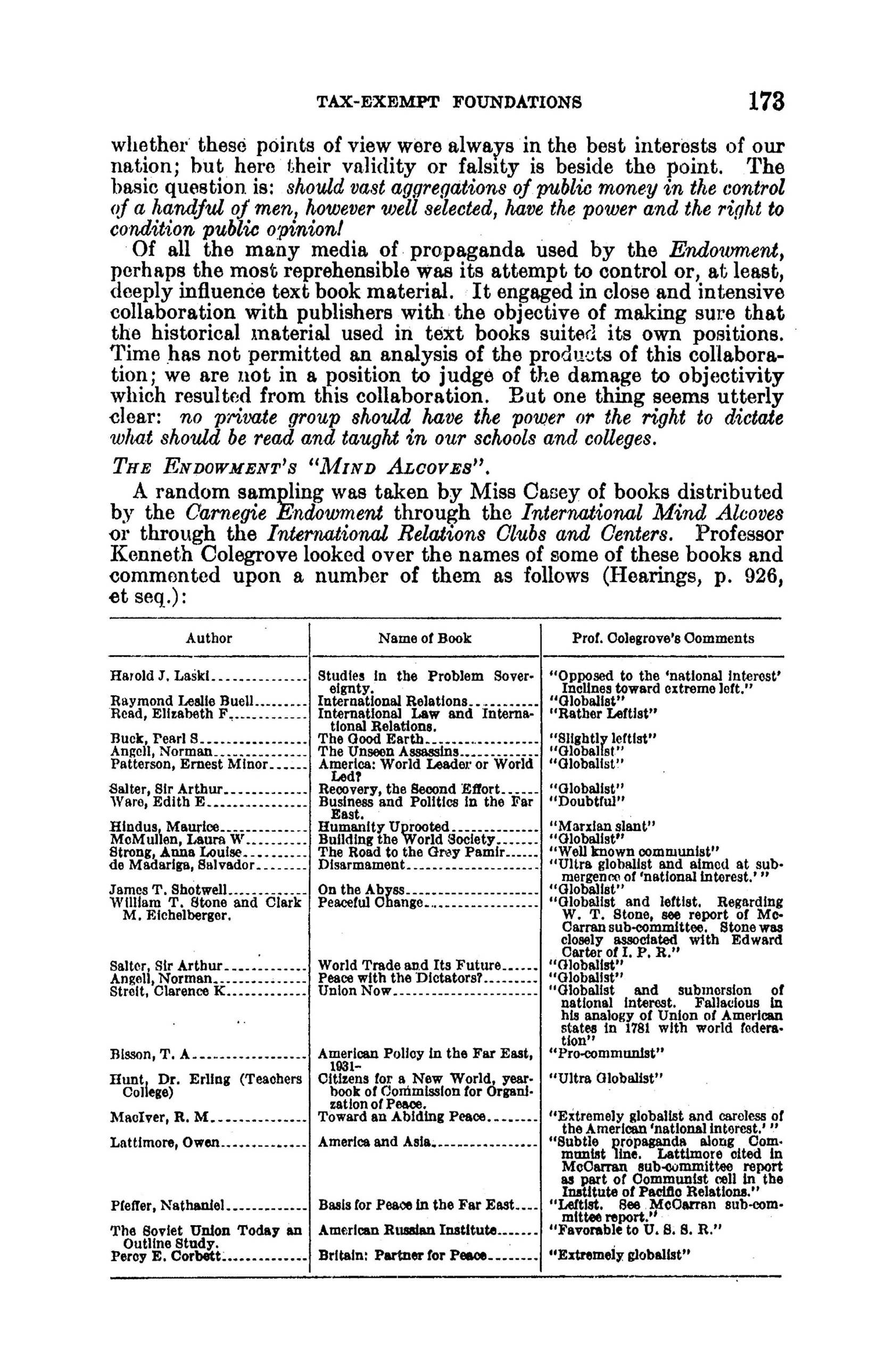 4 thoughts on “Rand Corporation Controlled by the Pilgrims Society”