The guy who altered evidence is reported to be Kevin Clinesmith:

“While in contact with what was reportedly the CIA’s liaison, Clinesmith was reminded that back in August 2016, predating the first Page warrant application in October 2016, the other agency informed the FBI that Page “did, in fact, have a prior relationship with that other agency.”

Beau Geste continues: An email from the other government agency’s liaison was sent to Clinesmith, who then “altered the liaison’s email by inserting the words ‘not a source’ into it, thus making it appear that the liaison had said that Page was ‘not a source’ for the other agency” and sent it to “Supervisory Special Agent 2,” Horowitz found.”

The FBI knew all along that Carter Page was not a Russian agent. The FBI had even used page as a spy on Russians. Total fakery !!!

It is outrageous that the FISC has not withdrawn all of its fake warrants. There is NO true Constitutional “Due Process” evidence adequate to spy directly on carter page, or indirectly on Donald Trump, presidential candidate by deceitful “2-hop” rule on thousands-to-millions of people not identified as ‘targets’ as required by the Constitution. The word ‘Predicate’ is not in the Constitution. In any event, all the ‘predicates’ were fake and unsupported, and Constitutional Due Process spy warrants can’t be based on fake, untrue, invalidated, preposterous ‘evidence’ bought by Hillary Clinton. Carter page was a CIA Agent, not a Russian spy. No-one went to Prague.

The ‘pee pee’ dossier was fabricated, and cribbed from bar-room jests. Papadoc was entrapped by Halper and Mifsud (FBI/CIA agents) and an Australian who gave $25 million the the Hillary ‘foundation’. Papadoc had no Russian agent contacts, and said there were none when asked. All withheld from the FISC. The written ethics of practie in the FISC require immediate notice to the court when any representations are found to be questionable. This ethics rule was violated in spades. 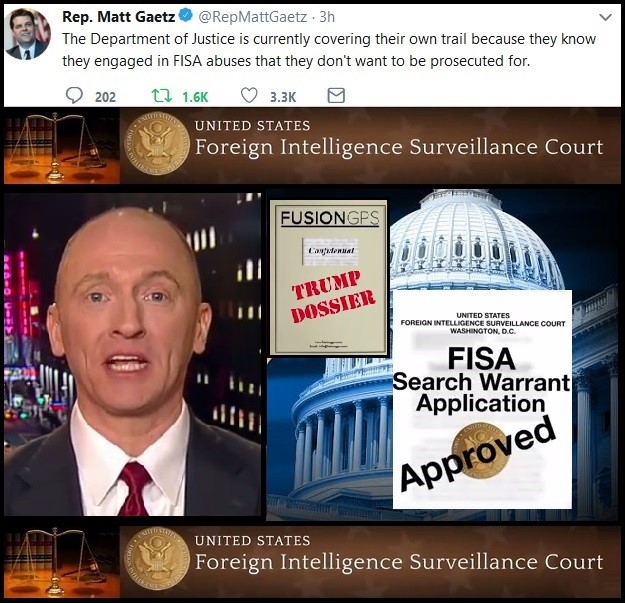 The ONLY REASON for the creation and EXISTENCE of the FISC was to protect the civil rights of unrepresented US Citizens from illegal spying. The FISC admits it has a very heavy duty to do so (almost as if it represents the unrepresented citizen defendants. Yet the FISC completely failed. The FISA to indirectly spy on a Presidential Candidate WITHOUT NAMING HIM AS the “TARGET” is extremely questionable, if not unconstitutional.

Yet the FISC said ‘where do I sign”, without even asking to see the 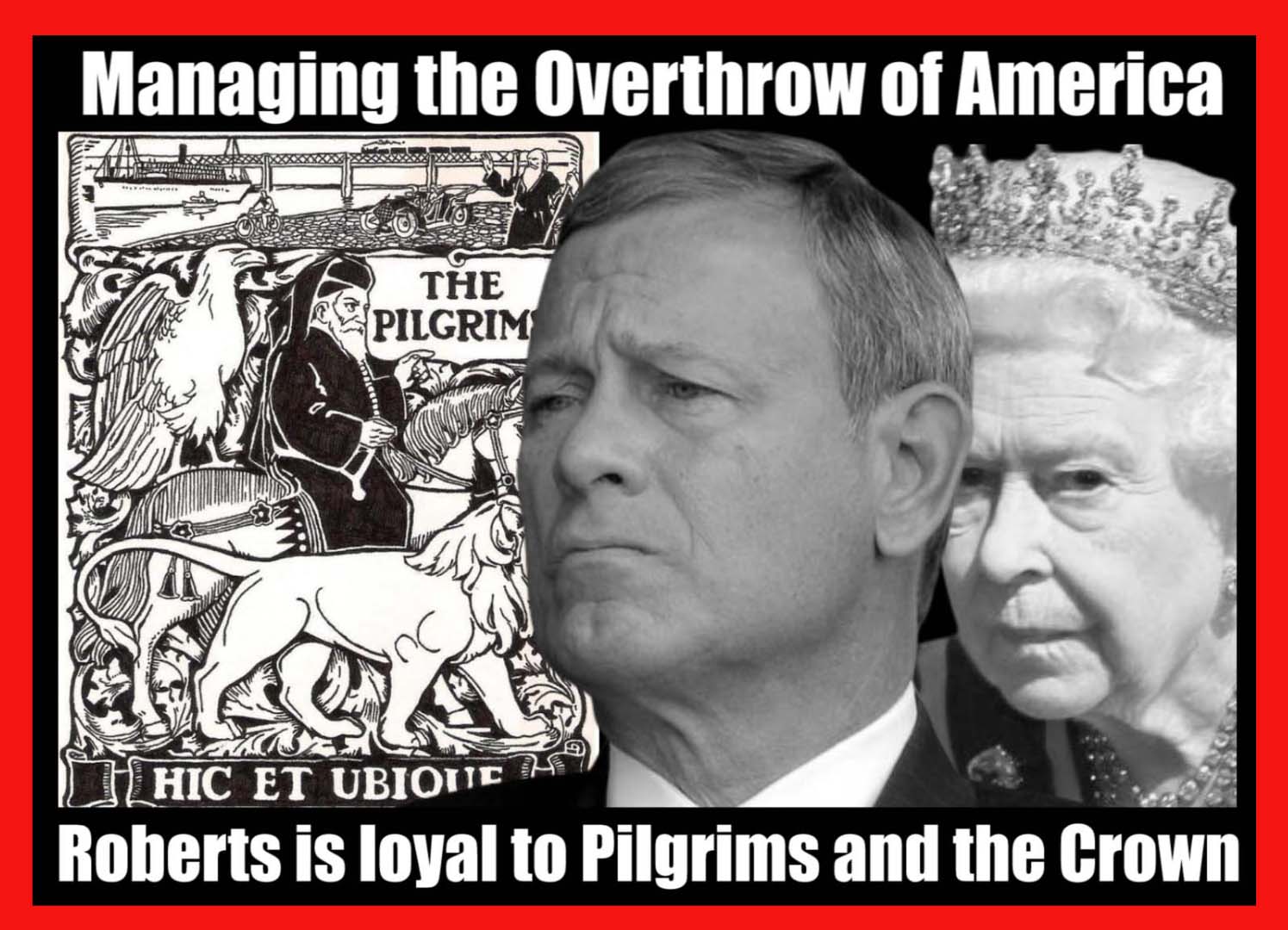 Woods Records authenticating the crazy, suspicion-raising, fake claims. The rubber stamp FISC held no hearing on this constitutionally-questionable warrant motion, and did not even ask “have you told presidential candidate Trump, or later PDJT, so he can protect himself?” It is outrageous that the FISC has not held hearings to discipline the liars, withholders. ethics violators and oath-violators, and jail them or recommend prosecution.

Our reply: Our ‘Conclave Karen’ says to speak to the management, Beau Geste. Scumbag John Roberts is in charge of the FISA courts. He knows all of this is going on. Duh. It’s the plan to destroy America from the inside. He is not loyal to America. 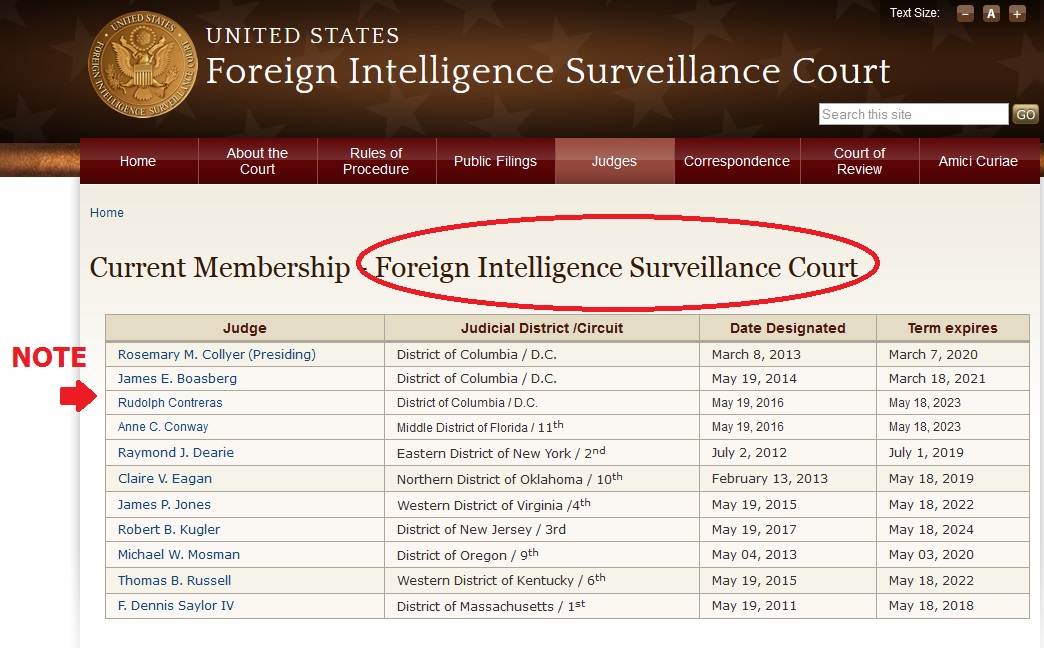 One thought on “SCOTUS John Roberts is not Loyal to America”