Below is an email correspondence between a member of the AIM Conclave and a team member. The information may be valuable to researchers so we are posting it here:

So your research team dug up this on Dr. Shiva. Great job by the way! 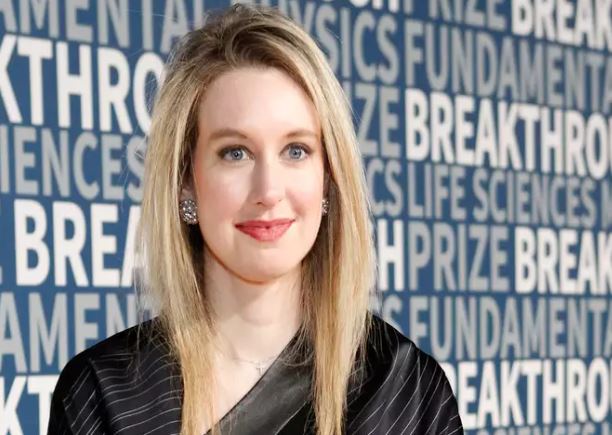 You know what this reminds me of? — 19 year old Stanford dropout Elizabeth Holmes and her fraudulent blood testing company that made her worth $9 billion dollars due to “her” invention that promised to be able to test a variety of health conditions using just a small sample of blood.

The plan was to have the Theranos blood testing machines in every Walgreens and drugstore to create a DNA and blood database.

This 19 year old “somehow” tricked powerful men like Henry Kissinger, James Mattis, George Shultz, etc. to be involved in her blood machine company. In fact, the Theranos Board included an interesting, and telling, list of characters:

It was then revealed by a whistleblower that Theranos’s promising technology was a fraud. Read this article from the Business Insider, a deep state propaganda rag, explaining how this teenager bamboozled this very experienced and powerful men into investing millions of dollars in her fake company. Right!—That sounds just like the typical playbook that was used for Mark Zuckerberg, Dr. Shiva, the Google “inventors”, and others like them.

It is interesting to note that the director Alex Gibney did an HBO movie about the Theranos story, “The Inventor: Out for Blood in Silicon Valley” to deflect the attention from what this company was really all about and who the investors all. They tried to make the story sound innocent so people wouldn’t pay too much attention. It appears likely that Alex Gibney is the deep state director they pull out to create a narrative for the masses to believe when the truth gets out and the jeanie needs to be put back in the bottle.  In fact, Gibney has done a documentary about Scientology, Enron, Henry Kissinger, etc. yet never, ever reveals the real truth.

Now, even more interesting is that BASIS International High School, the top high school in the country, is getting involved in the blood business. Apparrently, so the story goes, last year at  the International Science and Technology competition (ISEF) held in Phoenix, Arizona with 1,800 students from 80 different countries, including China, India, South Africa, and Brazil had two BASIS students that stood out from the crowd. This fair is one which students compete for $5 million in prize money and is a launchpad for them to start a business or get their work patented.

Two BASIS Scottsdale students were inspired by the Theranos story and set out to identify a faster, cheaper method for testing blood, with less blood needed, for medical purposes. These high school kids (supposedly) developed this patent ready technology all on their own. Better still, nearly 25% of all participants – high school youth— come to the science fair with patent ready ideas and technology.

Right! I’m sure we all believe that just like we believed Elizabeth Holmes at 19 years old developed similar blood testing technology and became the richest person her age doing so.

These BASIS Scottsdale high school kids are also like Mark Zuckerberg who in college over a weekend while drunk trying to pick up girls created FACEBOOK. That story if laughable on its face….just like these kids creating patent ready blood testing machines that will do it better than anyone — in only 20 minutes. Who are their investors — Henry Kissinger again?

The patterns become easy to spot after a while.

I bet if we dug into the backgrounds of those surrounding Saaketh Narayan and Nikhil Suresh, a senior and sophomore from BASIS Scottsdale, we would learn a lot. Just like we have with Dr. Shiva and Mark Zuckerberg.

We certainly know that as the Elizabeth Holmes documentary about Theranos told us, these globalists are most certainly “out for blood”.

And the Ancestry and 23andMe companies have connections to Chinese companies that they use to process Americans’ blood samples. Kyle Bass, an expert on China, learned that from a direct contact he has who is one of the best in the field of blood sequencing and how the Chinese can use the blood DNA to target specific populations of people – probably with scaler waves, among other technologies. In fact, in December 2019 the Defense Department advised military service members from using any of those at-home DNA kits because of “unintended security consequences”. If you look at who is on the board of 23andMe, it is Anne Wojcicki, the wife of none other than Sergey Brin, the cofounder of Google.

Is it any wonder that Google is buying up fitbit “wearable” technology, medical related and insurance companies?

I spoke with the CEO of BASIS two years ago and did not at all get a level of comfort with him based on our lengthy conversation. He used to be in charge of Scottsdale Prep and hired clear Socialists as the principal and assistant principal. I guess the name BASIS INTERNATIONAL should give us all a clue. This high school seems to be a feeder to the Ivy League Globalists schools.

Hope all is well with you!

Your Theranos work fired some cylinders from 2016 research:

4 thoughts on “Out for Blood”