Read our findings, just under the headline link below:

Do Face Masks Actually Filter The Air We Breathe Against Viruses 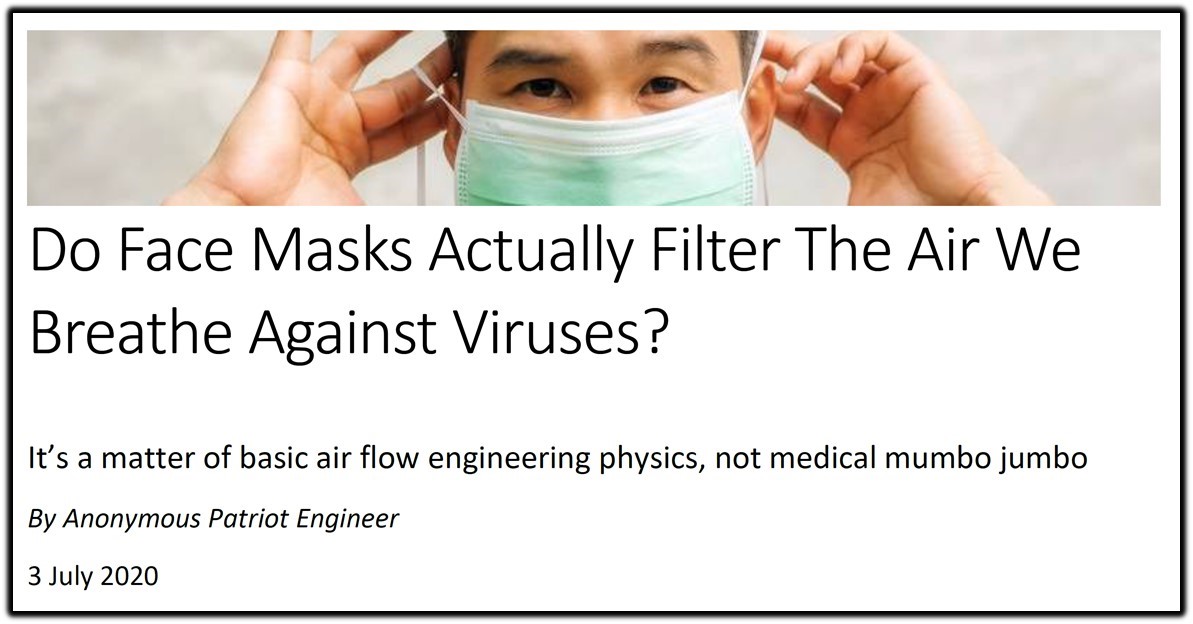 Listen to Michael, Douglas and Tyla discuss this engineering FLAW.

Notes in response to your comments in the comment box:

The pressure issue is more nuanced. The pressure equalization comes from both sides of the eardrum: (1) from the throat side, this air neutralizes an air pressure differential in the inner ear—viruses and bacteria can flow up to the middle ear and cause ear infections of the middle ear, and (2) from the outside air on the other side of the ear drum. Air passes up to and around both sides, separately.

The eardrum can absorb viruses, bacteria from the outside through the Eustachian tube up to the eardrum, so there is where the viruses get in unfiltered from the outside air. So we were more right than the lady because she was seeing the forest not the trees. We described the trees. Our premise didn’t change, but I had assumed that actual air flowed past the eardrum, but I have read multiple times that it does not, and this makes sense, since the ability to pick up sound vibrations would dissipate if air could pass around and not vibrated the eardrum. There would be no air pressure on the eardrum to pick up the sound!