mp said it was a coup and treason

Take a twitter pulse on James Comey and John Brennan. Any action from these traitors?

So who is behind the failed coup? We all know here at the American Intelligence Media, but will have to wait for the Limbaughs, Hannitys, and Pirros of the fake news world to catch up and start producing REAL NEWS. It was British espionage and American treason. Please, stop with all the sugar coating and start reporting ALL of the news!

Why hasn’t the very popular Judge Pirro reported on Alison Saunders’ Dinner with the Ohrs? Why hasn’t Rush reported on Sir Richard Dearlove and Geoffrey Pattie’s role in the coup? Why is Hannity always so far behind the narrative…he hasn’t even reported on the relationship that Robert Mueller had with British Arvinder Sambei from 911- right up to the special council?

Why aren’t any of them interested in Ruth Ginsberg’s disappearance…or Dianne Feinstein’s Chinese spying operation or her husband’s involvement with AVID ISIS management used in the corporate media for reading propaganda to the people?

The timing seems very suspicious to us. Has the look and feel of a false flag… so patriots will want to pay attention to the story with a discerning eye. For example in the footage below we see a person who resembles an aged Julian coming out of the embassy. That could easily be Hollywood mask and makeup on a crisis actor.

Before we tell you what

we think about this incident, why do you think all of this is happening now…just when POTUS starts talking about treason and a coup and is asking where did the coup originate?

Is the Privy Council in a panic and using this arrest as a distraction? We know their M.O. – false flag operations reported by fake news sources.

Even the book that “Julian” is holding (image to right) looks like it has been photoshopped in the picture.

Be vigilant. We are fighting the Great Information War and the British rulers and elite are using their Tavistock propaganda crap on the world to protect their royal turkey butts. (Sorry, that was a little ‘Tallahassee talk’ from Betsy who wonders if anyone, anywhere is going to start reporting the British espionage. Aren’t we paying Gina Haspel and Christopher Wray to get this intel to the president’s desk?)

WATCH: Moment Julian Assange is CARRIED out of the Ecuadorian Embassy in London. pic.twitter.com/OEeqmoksGr 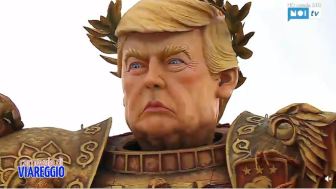 Psstt…any Aim Patriots in Britain want to let the Queen know that we all know what she and the Privy Council did to our beloved Donald Trump?

Papa POTUS isn’t going to be happy when he finds out that the British Privy Council was behind the attempted overthrow of a United States president. That’s called international espionage….Sorta like all those British James Bond 007 movies.

We might have to come over there and open up a can of American whoop ass on those monarchs and oligarchs that have been ruining your country for centuries. They are all war actors against the United States of America. They will never be able to walk back the truth.

The upside would be that the British people would be free to run their country for the people, by the people, instead of being subjects to the lizard families.

By the way, has anybody seen Arvinder Sambei around? And where is Saboteur Saunders these days? 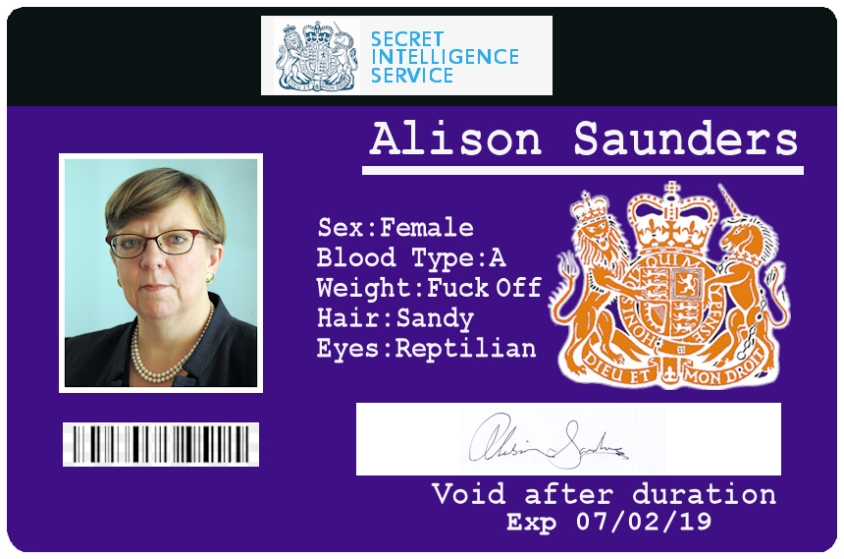 What are the Sources of Madness? What is the Agenda?

Post by James Fetzer, Author of Nobody Died at Sandy Hook

Make sure to check out Jim’s other blockbuster books. He has been a favorite of ours for years.

Tyla and Douglas were school administrators at the time of the Sandy Hook shootings and had to make it our business to find out how this happened. We began gathering pictures online and could tell immediately that it was a hoax. This is when we found Jim’s work. We pre-ordered his book and then BOOM Bezos removed his book from Amazon.

You know how Jim responded? He gave the book out free to everyone in a digital format. Jim was more concerned about truth than selling books. He was our hero and that is why we do all of our work for free. Because this is really about discovering truth … for all of us …for all humanity.

Please go to Jim’s site and support his efforts by buying a book or making a donation. 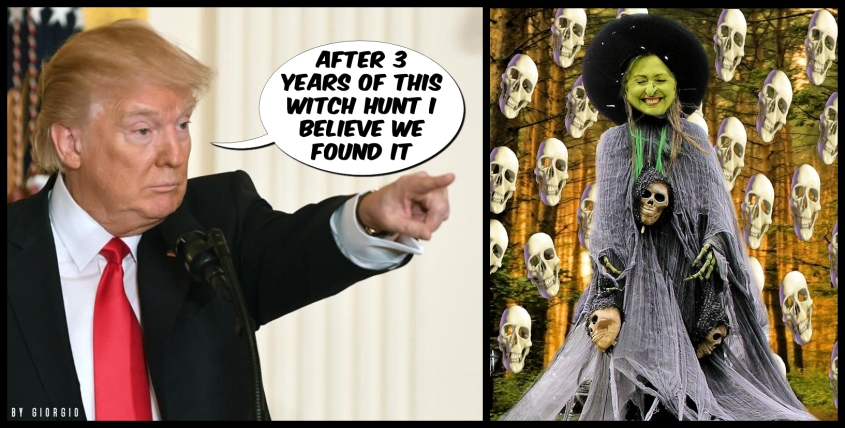 Australia is one of the “Five Eyes” of shared intelligence. Along with the UK, New Zealand, and Canada, Australia shares secrets with the United States. ALL OF THESE COUNTRIES weaponized their intelligence gathering to try and prevent the presidential election of Donald Trump and, when he was elected, conspired with traitors inside our own U.S. government to overthrow President Trump.

This makes the Five Eyes governments enemies of the American people for their outrageous criminal conspiracy to interfere in our democratic elections. All diplomats and citizens of these countries should be expelled from the USA and declared “persona non grata” and no persons holding passports from these countries should be permitted future entry into the United States of America.

Remember, this anchor baby is not black and not eligible to hold the office of president.

She is a concoction of media lies and obfuscations. Make the media tell the truth about this Caucasian Indian (dot, not feather) Jamaican who was born in California from non-American parents. Exactly when did Kamala become an American citizen? Anchor babies are not citizens. They are citizens of the countries of their birth parents. 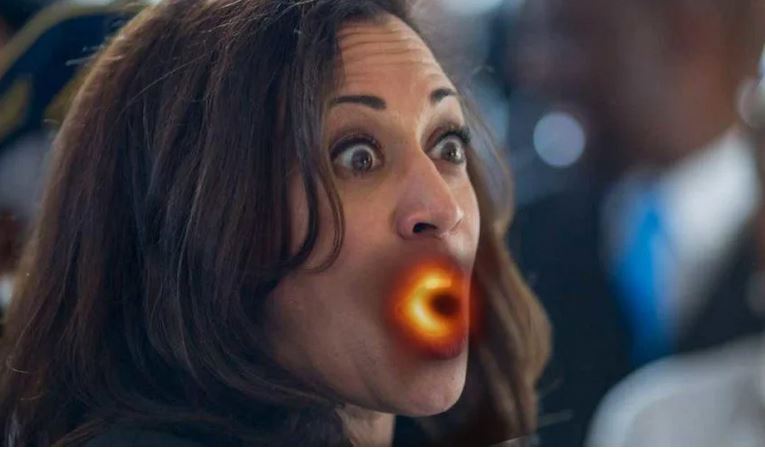 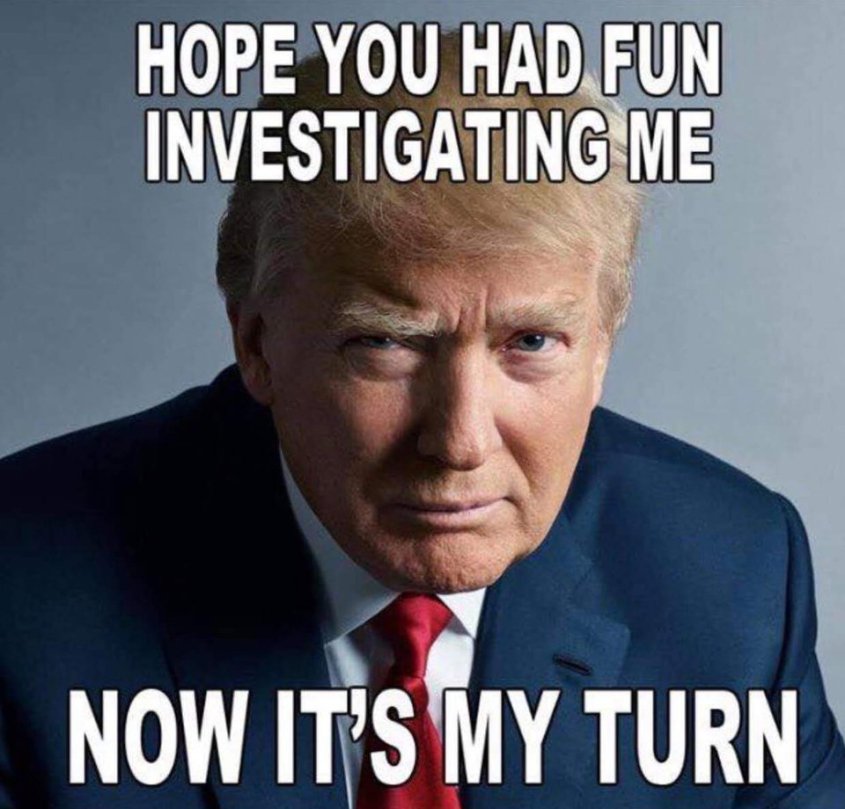 WATCH: Moment Julian Assange is CARRIED out of the Ecuadorian Embassy in London. pic.twitter.com/OEeqmoksGr