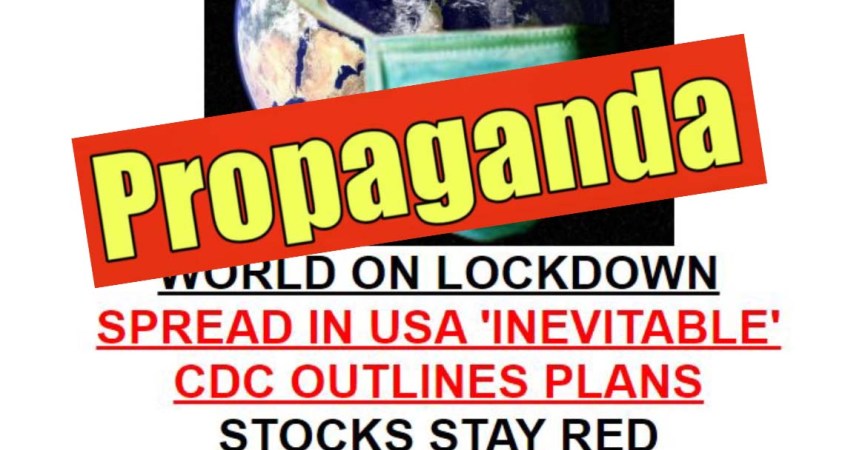 PURE PROPAGANDA FROM THE BBC (PRIVY COUNCIL) ABOUT THE CORONAVIRUS

https://www.fbcoverup.com/docs/library/2020-01-30-China-coronavirus-Misinformation-spreads-online-about-origin-and-scale-by-BBC-Monitoring-UGC-Newsgathering-(Reuters)-BBC-Jan-30-2020.pdf (this PDF has this commentary appended to the end of the article)

Just found this BBC article pretending to be the adult in the room (to enlighten us poor sops). 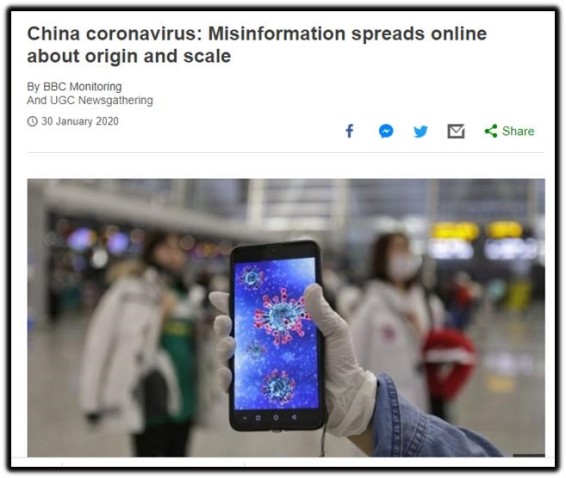 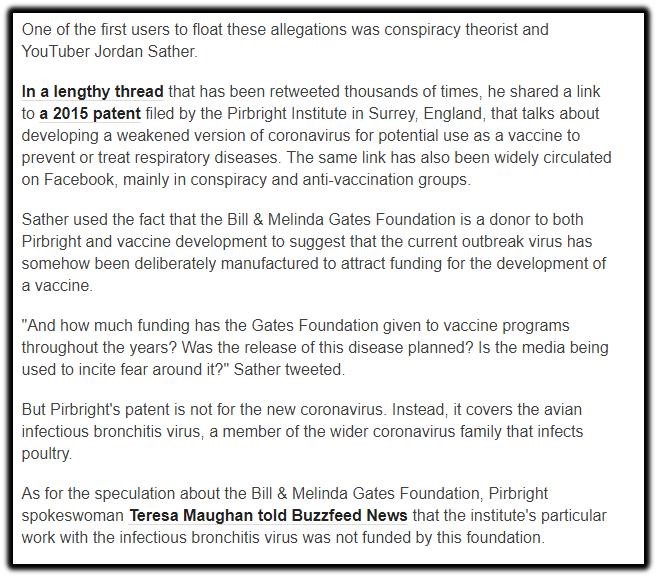 This kind of haughty, holier‐than‐thou, unattributed (“only I know the truth”) MSM propaganda is getting easier to read.

Conclusion: Whatever they say, the opposite is true.

How does the writer know that the man-made virus originated in China? Unless they do know, in which case they are complicit (we think they do, Britain’s Pirbright Institute), then to make “China” the adjective is reckless at best, and more likely pure covering-of-British/American-Pilgrims-Society-asses bio-warfare PROPAGANDA.

On the patent, the argument is a NONSTARTER. It pretends to know the nature of the CORONAVIRUS and said this patent is a different “weakened” kind. Who cares whether it is weakened or not? That is relative. A “weakened” 100 pound weight dropped on my head will still hurt. And, the fact that it infects poultry, as if the all-knowing writer knows the “other” one going around is not from poultry is not an argument, these are statements with no conclusion.

Also, the writer also knows nothing about patents. The name on a patent cannot be misleading, otherwise that is called “inequitable conduct”, or short for “fraud on the Patent Office.” If the patent is not for [The] CORNAVIRUS, then the name should have qualified the “weakened” state, as the writer attempts badly to argue. This is so that the public is not misled, like this BBC/Reuters writer is doing.

Remarkably, the writer actually speaks as the source of the research, and does not identify the person making the assertion about poultry, as if that should matter to a layman who doesn’t want to be harmed by the bioweapon, of whatever animal origin. This person does not even cite anyone at Pirbright for the assertions, like:

“But Pirbright’s patent is not for the new coronavirus. Instead, it covers the avian infectious bronchitis virus, a member of the wider coronavirus family that infects poultry.”

“As for the speculation about the Bill & Melinda Gates Foundation, Pirbright spokeswoman Teresa Maughan told Buzzfeed News that the institute’s particular work with the infectious bronchitis virus was not funded by this foundation.”

Oh thanks, that’s convincing (NOT). This writer does no PRIMARY research for this article, and his/her Pirbright person, Teresa Maughan is just a quote of what may or may not have been fabricated by Buzzfeed.

Very unprofessional work from the shadowy writers at Reuters and the BBC. Pure propaganda.

On the subject of credibility, here is a breakdown of the themes article. #1 is ONLINE and #2 is attempting to make the reader think The Pirbright Institute coronavirus patent as “old.” – this is irresponsible since is asserting science the writers do not know. Instead, it is science-investigation-by-newspaper-quotes:

This is not credible journalism.

… NOT A SINGLE NAMED EXPERT

This simple analysis makes it evident that this article is intended to attack critics of the British government and its Pilgrims Society/Privy Council collaborator, Bill Gates, The Pirbright Institute, Wellcome Trust, DARPA, EU and WHO, among others.

The BBC/Reuters article is maliciously crafted to take the heat off The Pirbright Institute and the British origins of the CORONAVIRUS. They deployed now familiar innuendo to discredit the truth tellers.  Oh wait, they are the self-anointed truth tellers, what were we thinking?

Reminder, BBC/Reuters executives are directors at the COBBET HILL EARTHSTATION teleport on The Pirbright Institute property. COBBETT has enough antennas to power a directed energy weapon and mass global propaganda broadcasts, and is run by the British Privy Council through a series of front companies.

The omitted evidence by Oxford of Rhodes’ 1895 Privy Council appointment directly implicates Rhodes Scholarships, the Crown, Henry (Rothschild) de Worms, 1st Baron Pirbright, and Rothschild underwriting of Rhodes and the British South Africa Company and De Beers in the 2nd Boer War concentration camp atrocities where over 60,000 whites and blacks (incl. over 14,000 mostly white children of French, German and Dutch descent) were murdered in the camps.

De Worms’ donated land for the current site of The Pirbright Institute funded by Wellcome Trust, Bill Gates, DARPA, WHO, the UK government’s Biotechnology and Biological Sciences Research Council (BBSRC), and its immediate proximity to the BBC/CIA/Internet of Things/5G-associated Cobbett Hill Earthstation (Satellite) teleport directly implicates that Monarch and the Privy Council in the current alleged  CORONAVIRUS outbreak PROPAGANDA, whose US Pat. No. 10,130,701  is owned by The Pirbright Institute.

Who in the UK and U.S. government is not already compromised and is going to investigate these treasonous FACTS?

Not even Oxford University discloses that Cecil Rhodes joined the Privy Council in 1895—neither does Wikipedia nor does his official biographer and confidant W.T. Stead. (1902) – who is hiding these critical historical facts, and why?

Cecil Rhodes’ mentor in the British Parliament and Privy Council was Henry (Rothschild) de Worms, 1st Baron Pirbright whose membership in the Privy Council started on Jan. 02, 1889… and whose official record has been removed from The London Gazette archives currently.

Since the Privy Council advises the Monarch, this is a material omission from supposedly thorough Oxford researchers in their online Cecil Rhodes biography.

Continue reading about this British false flag operation. They have been planning this pandemic for a very long time. Patriots aren’t falling for another Deep State propaganda false flag hoax.

5 thoughts on “BBC Propaganda and Coronavirus”